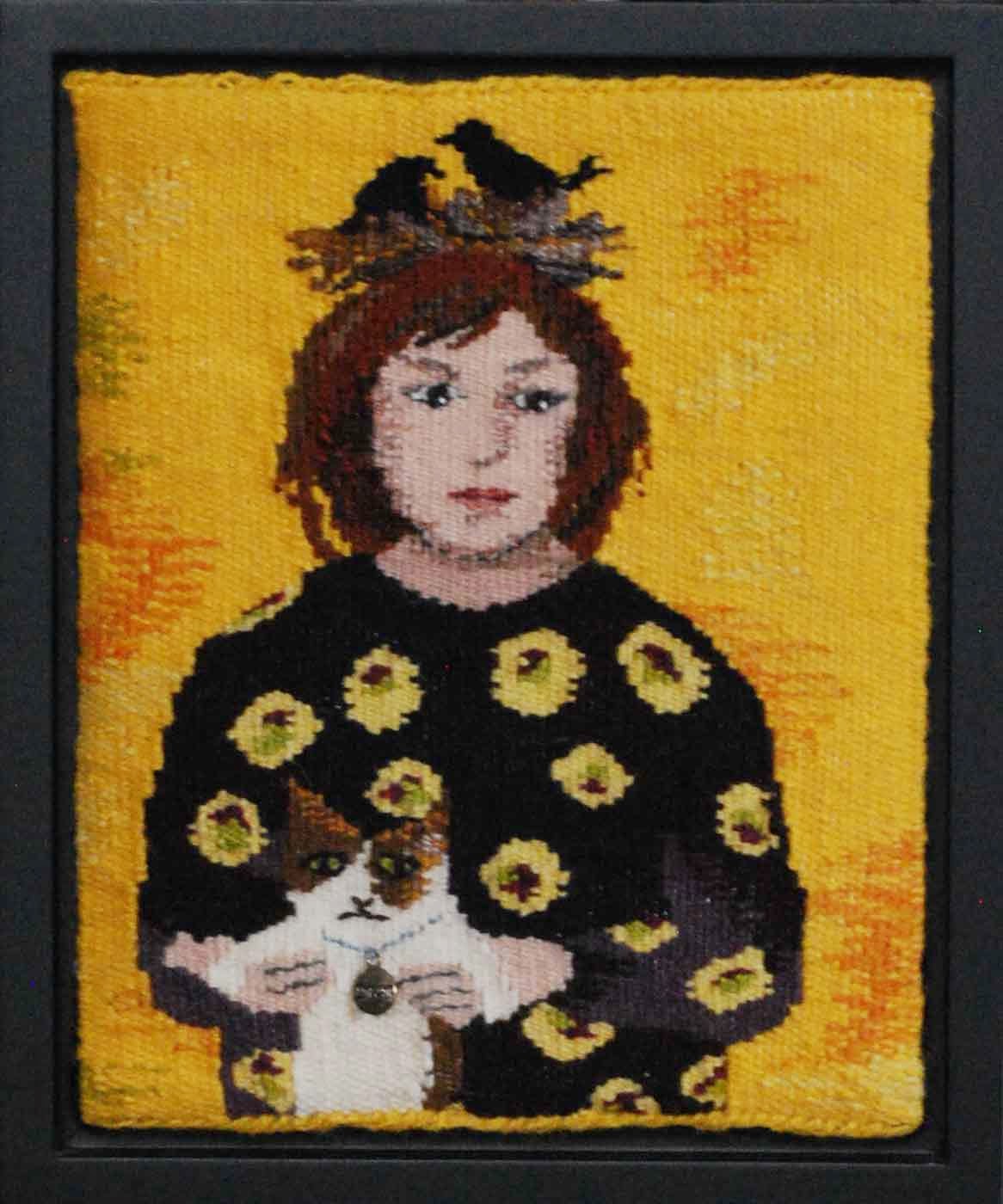 Lots to get done in the studio again today! I had to get the little tapestry, "Grace," ready to ship off to The Art is the Cloth exhibit, which will be in Newton, PA (see info on side) soon. "Grace" will replace my tapestry which sold in the exhibit in New Hampshire! May "Grace" be so lucky as to find a new home, as well! 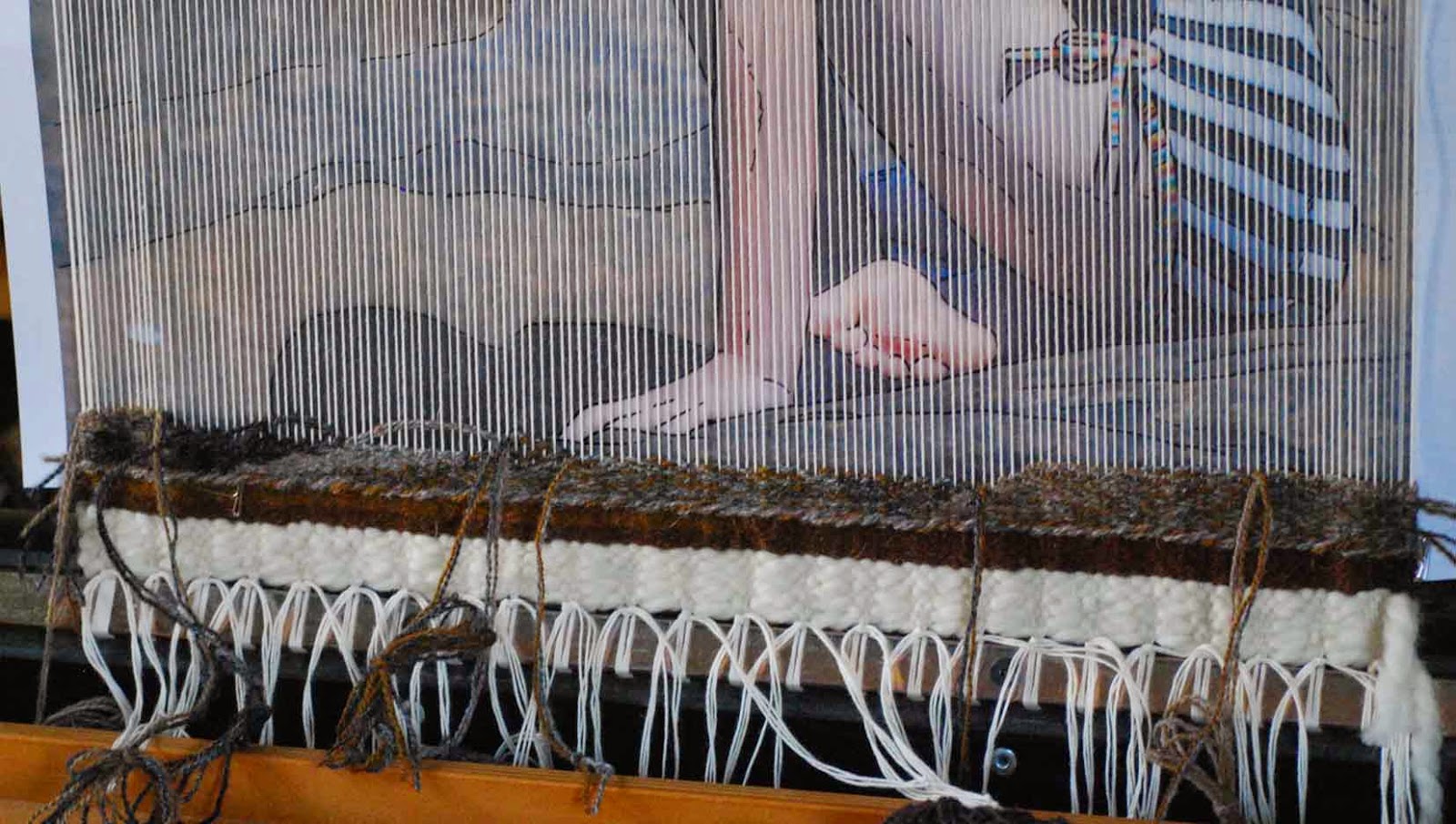 I also was determined to begin the "July" tapestry before I leave town this weekend. So I finished warping the loom, tied on the warp, wove a header and a hem, and got a bit more than an inch woven on the tapestry! A good beginning! 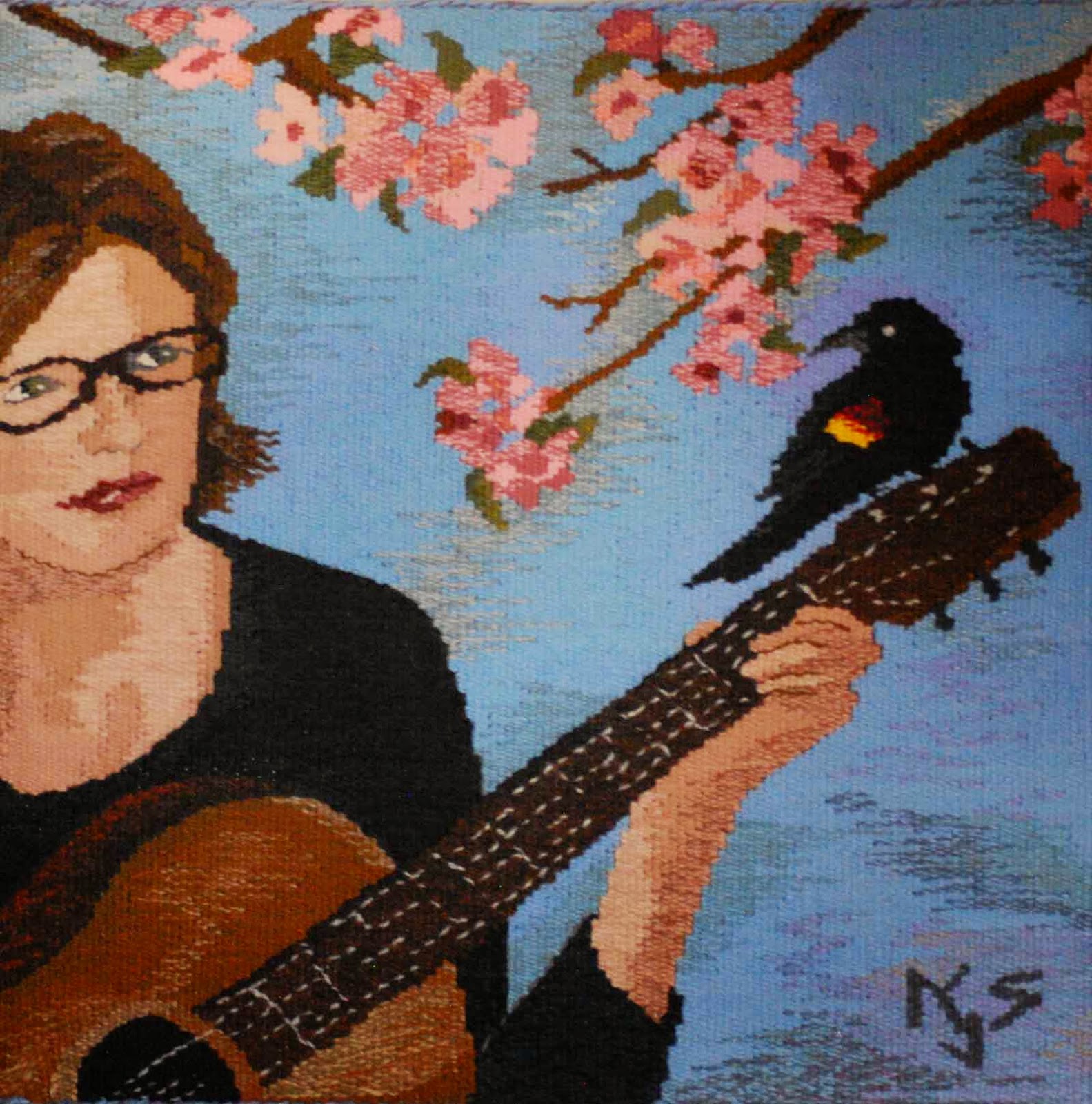 Finally, I completed mounting the "April" tapestry, which the full title for is "April, Come She Will," a musical title for a piece that is largely about my love for and involvement in music.

All in all, I spent pretty much the whole day in the studio, and feel I got a lot done. Can you even imagine what I'd get done if I had two days a week in the studio? It boggles the mind......
Posted by K Spoering at 5:30 PM 3 comments:

My heart yearns for Paris...

Can you be 'homesick' for a place that is not - and will most likely never be - 'home?' I occasionally feel a very strong pull towards Paris. The last time I felt such a yearning for a place was when I lived in the heartland, and I spent a number of years yearning for the Colorado mountains; listening to John Denver's sappy music and feeling 'homesick' for the place I was born, but had not, in my memory, ever really lived.

But, with the weather here in Colorado leaning towards winter, getting grey and cold, I find myself thinking that if I'm going to be in grey, cold weather, I may as well be in Paris, where all weather is beautiful. And, if it's not, I could just spend the day in the Louvre or in front of the Unicorn tapestries.


Reasonable desires, I believe. Am I not right?


But I am not in Paris today, nor will I be there tomorrow. So, I'm adding a few Paris paintings to my Etsy shop, in case there is someone else out there who yearns for Paris. And I am pulling up my Paris photos, and thinking of painting another view of my time there, because the act of painting a scene is a 'take me away' activity. It will sweep me over the miles and the hours and will take me back to where I am today longing to be.
Posted by K Spoering at 10:33 AM 2 comments: 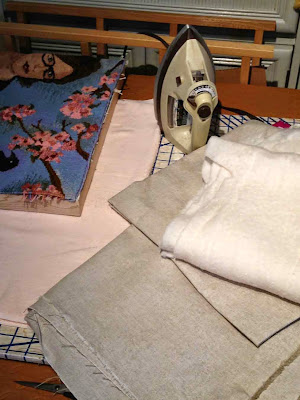 I had a productive half-day in the studio, 'tho I didn't end up doing what I had planned to do, which is often the case. 'Best laid schemes' quite 'aft gang agley' for me!

My plan was to mount the 'April' tapestry, as I had done with the 'November' one last Tuesday. And I  did begin that process. But I discovered that I did not have all the materials I needed, and I decided I'd prefer to stay in the studio working, rather than to run after what I needed. 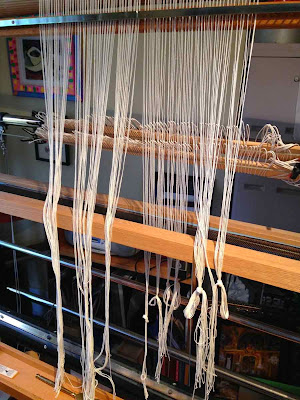 So I went from the worktable to the computer, and I firmed up the design maquette, and created the to-size cartoon to work from for the next tapestry, the 'July' one.

Then I went from the computer to the loom, and got busy rewarping the loom. The warp is already on the loom, as I'd warped enough for several tapestries, but the threads all needed to be re-threaded through the string heddles, and through the lovely reed holder my husband made me. I have that done now, and just need to tie all on to the lower beam. 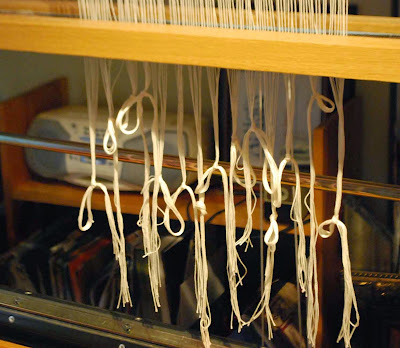 But this work day is over, so that will wait for another one!

Posted by K Spoering at 5:30 PM No comments: 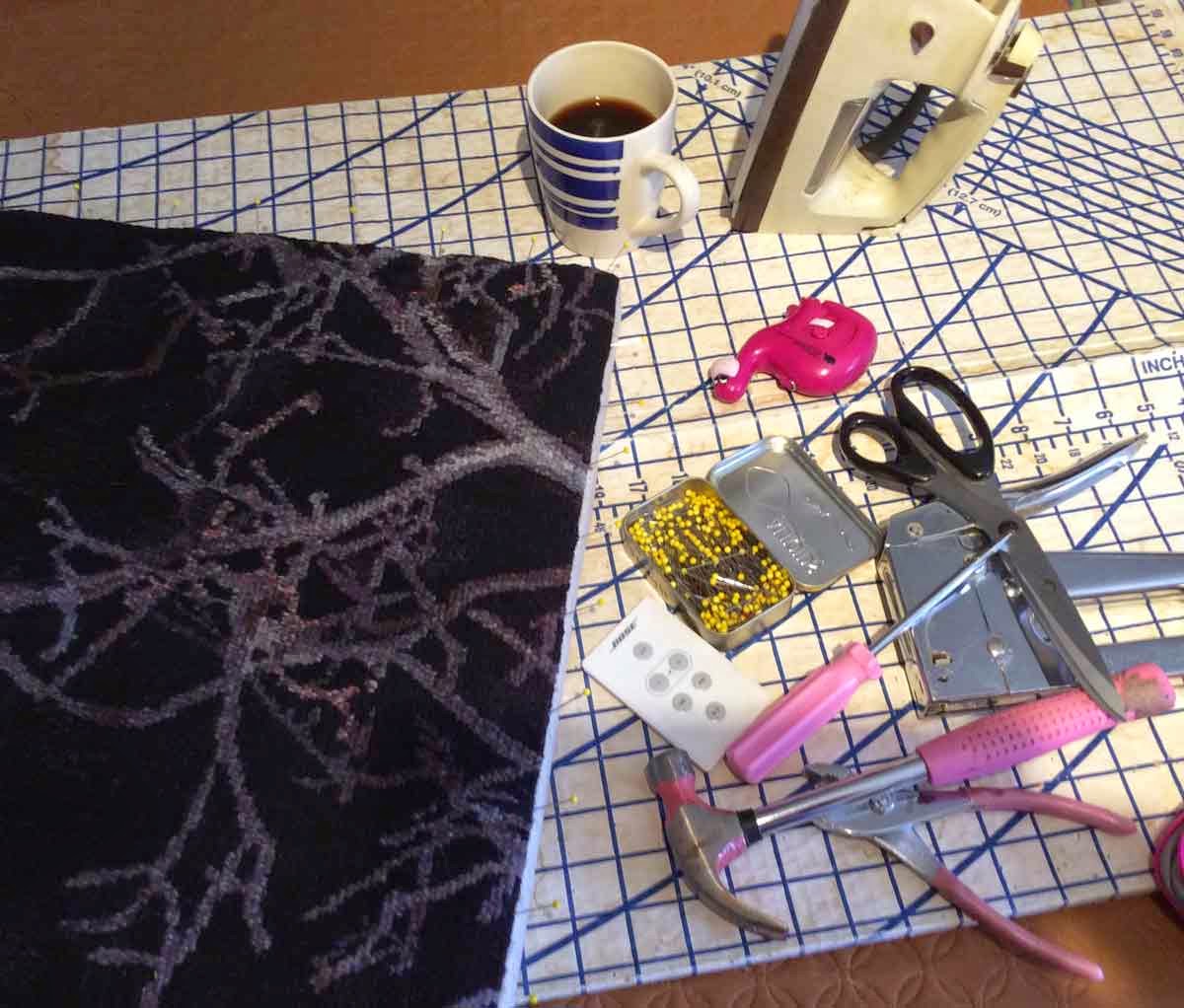 Today was a fairly productive studio workday. I have plenty to do there, so I decided to concentrate on getting a couple of the woven pieces mounted. I have a small one I needed to prep to go off to exhibition, and both the "November' and 'April' calendar tapestries to mount. So the tools of my trade today were scissors, a staple gun, screwdrivers, pins, and an iron, plus the odd stereo remote, stretcher frames, fabric and batting, and the very necessary cup of coffee (usually set a bit further from the action.) 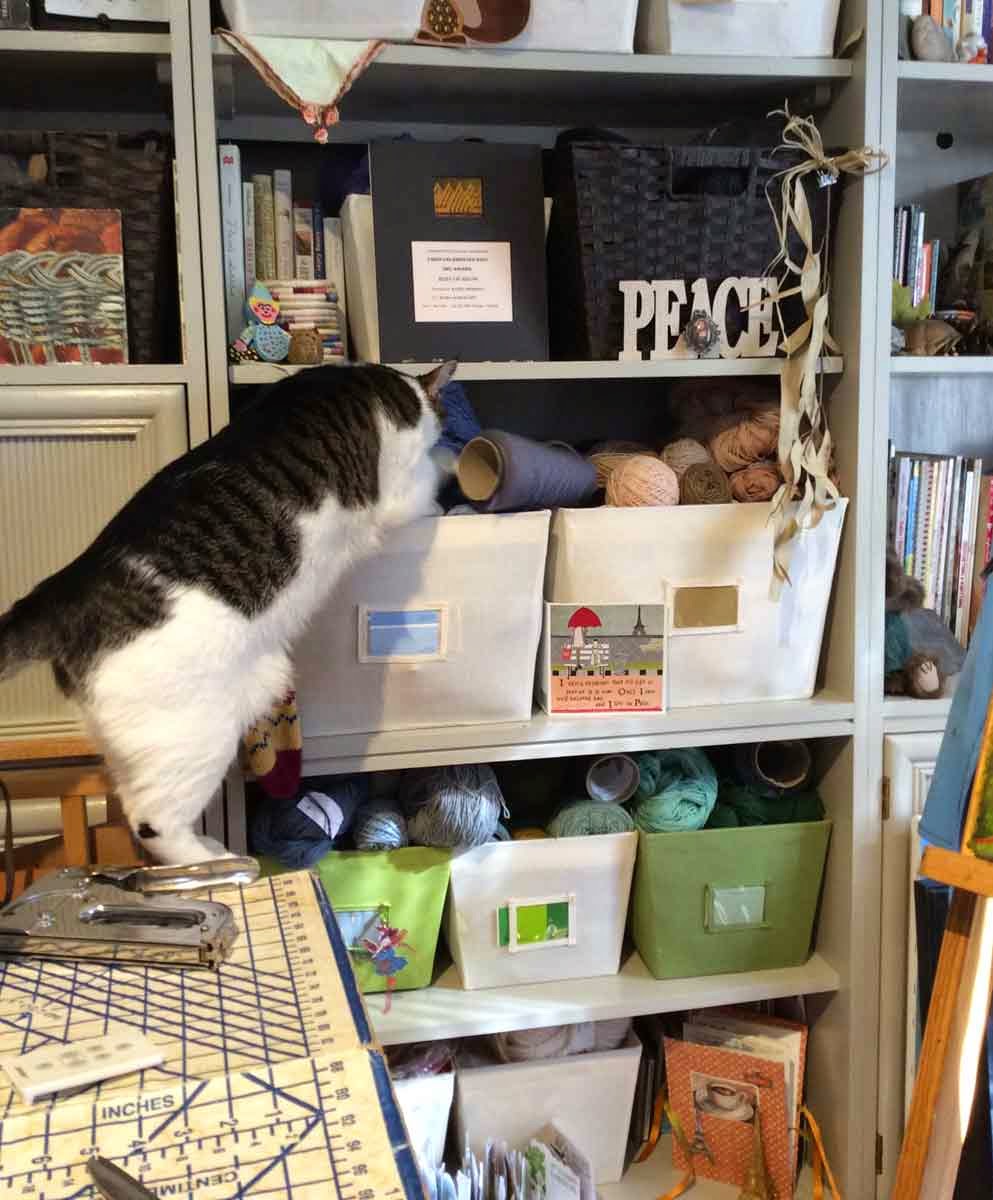 Once again, I was joined by the studio supervisor, who decided to pull half a dozen skeins and balls of yarn from several baskets, in order to settle himself in the most comfortable supervising spot. (Do you see him trying to look 'not guilty,' as he knows he was in forbidden territory, and would not  be allowed to stay there long.) 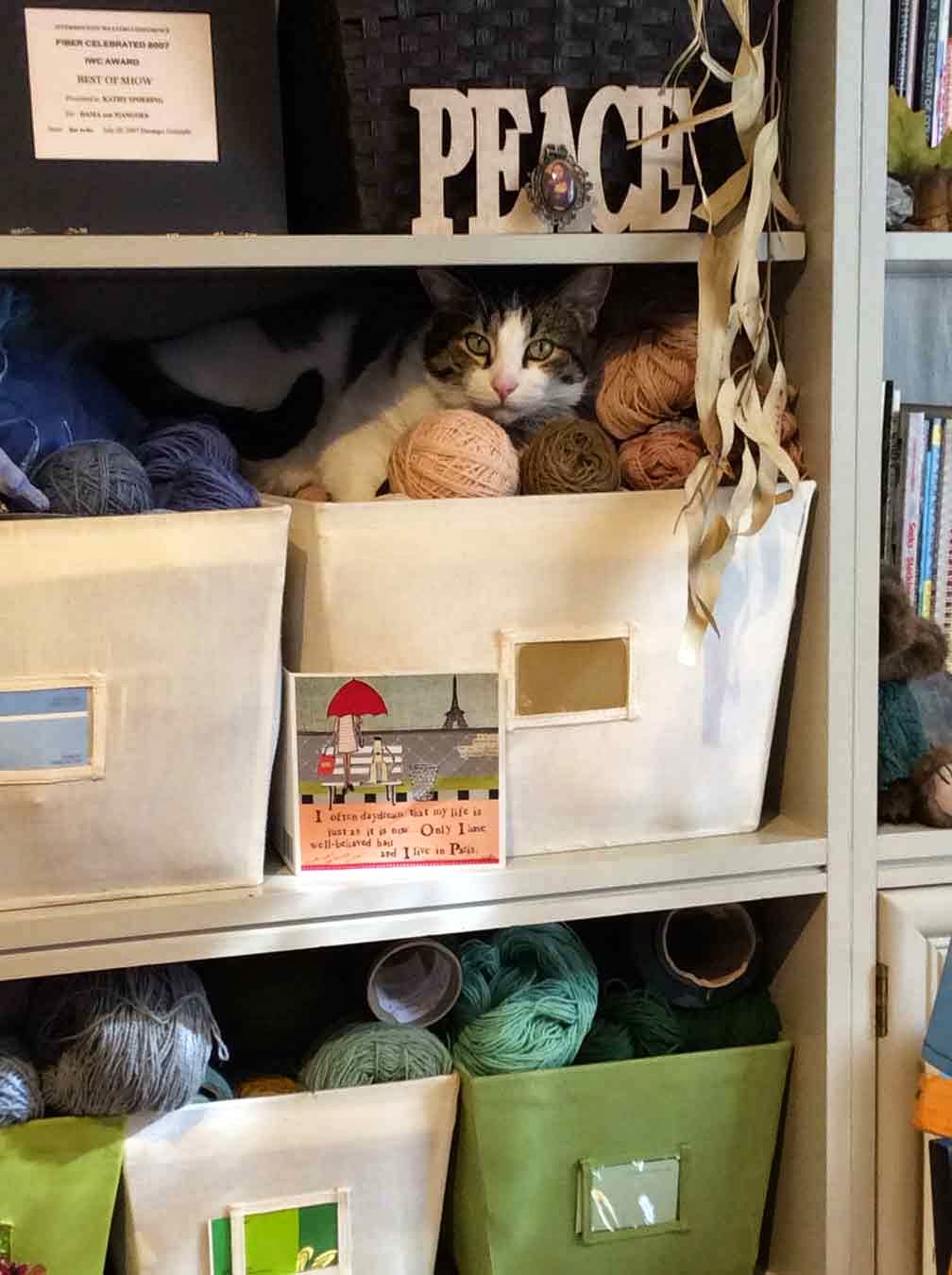 At the end of the work day, I have the 'November' tapestry mounted as well as the one that will soon be shipped off to an exhibit. 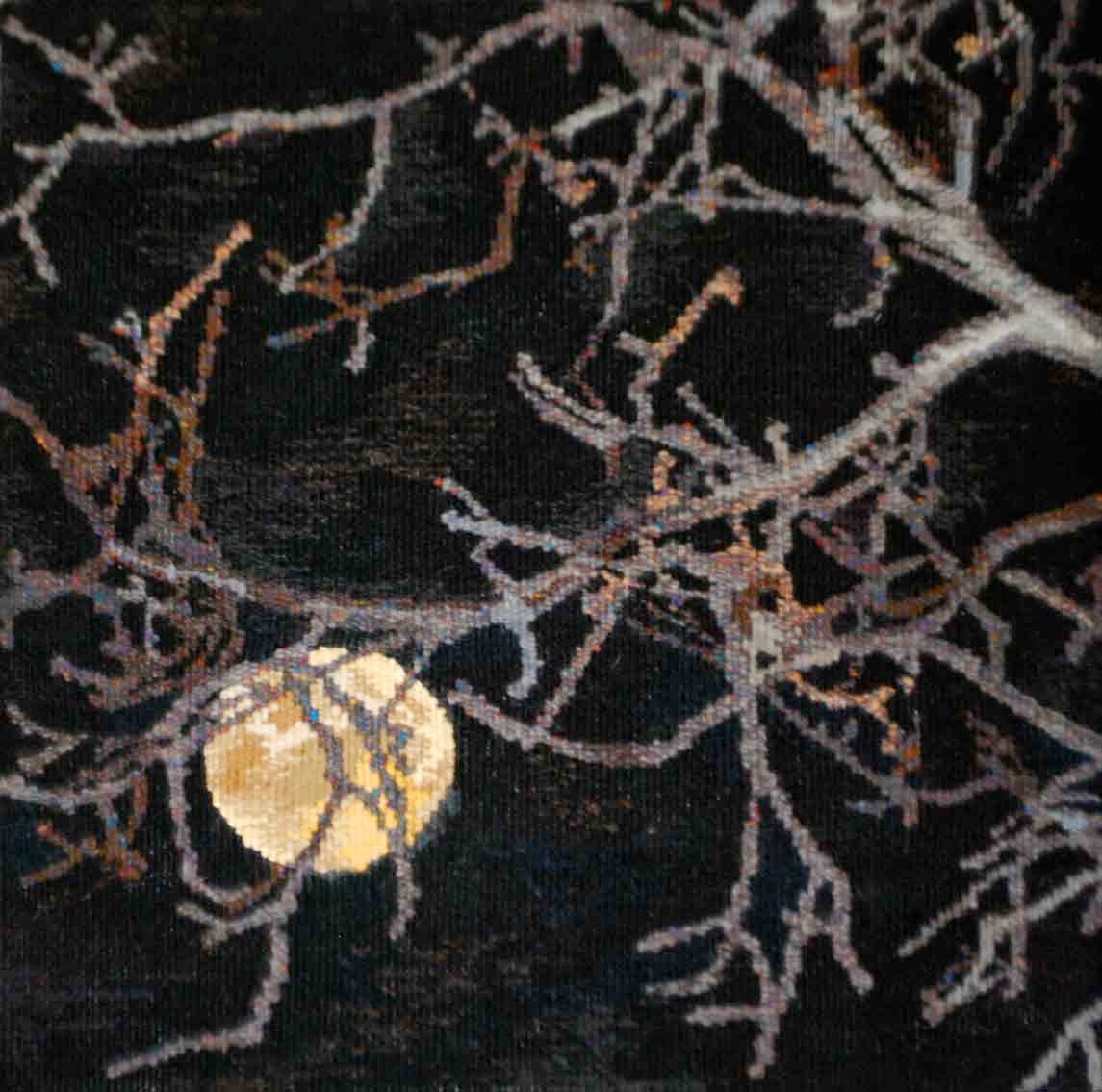 I still have another mounting job to do, and the warp yet to be tied onto the loom for the next piece. I am glad there is at least one Studio Tuesday each week! I intend to be weaving again by the end of the month.
Posted by K Spoering at 3:20 PM 4 comments: