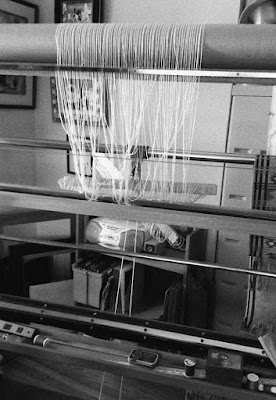 So. My loom is empty. I haven't had an empty loom, with no plans for another tapestry, for a long time, even though I have not been able to work steadily for several years.

I pretty much took a 'sabbatical' last year, while my Mother was facing the end of her life. I had more important things to do than work in the studio. At the same time, my husband retired from his 40-year career. So, more folks around = less solitary studio time. In fact, I finished the last two Calendar Series tapestries in tiny bits of time,  pretty much with the idea in mind that I would probably need to sell my large loom, and retire myself from weaving when the series was complete. I have already made the choice to retire from teaching. It was probably that attitude that has kept any tapestry ideas at bay. I have sketched, but I have not painted, and I have not designed for tapestry. In other words, I have let my creative life shut down (which does make me grumpy, and more.)

But the past week or so, there has been a nagging little image that keeps cropping up in my head. I have stuffed it back into the closet of my mind several times, but it just keeps coming out. And I haven't been able to go into my studio, even to clean it (which I always do after I finish a tapestry.) That empty loom, and the prospect of leaving it empty...... Just couldn't deal with that.

This morning I woke up very early, because that nagging little image jumped out of that closet, and flat out refused to go back in! And I recognized it immediately as a tapestry. And I have to weave it! It's more or less a self-portrait, so who else would weave it?

It has been creating itself in my mind and heart long enough that it took me about 20 minutes to come up with the cartoon and maquette. It has designed itself, while I resisted. I don't think it will weave itself, though. So.... I need to get in there and clean the studio, re-tie the warp on, find the proper yarns, and get busy!

I have been looking forward for a loooong time to making this announcement: My Calendar Series Tapestries, all twelve of them, will finally be shown all together! Not only that, but they will be in the very good company of the diary tapestries of some of my favorite tapestry artists: Tommye Scanlin, Janet Austin, Janette Meetze, and Geri Forkner.

We will be exhibiting together in an exhibit entitled  "Time Warp... and Weft" an Exhibition of Handwoven Tapestries.  The exhibit will begin in the NOTO Art Center, in Topeka, Kansas, for the months of November and December, 2016. It will be at the same time that ATB11 is in the Mulvane Art Center in Topeka, on the campus of my alma mater, Washburn University.  I am pretty excited about having my work shown in the place where I grew up! 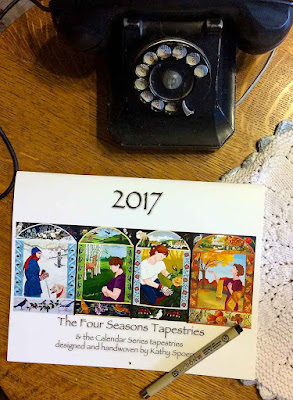 Also, I will be having an Open Studio here in Grand Junction on Sunday, October 16th, from 1-4 p.m. so folks here can see all twelve of the tapestries before they leave the area. 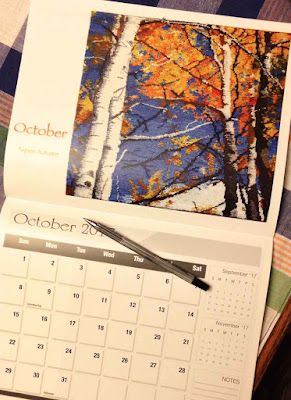 And finally, to mark the completion of these twelve pieces, plus the Four Seasons tapestries, I have had a 2017 calendar printed, with images of all the tapestries. I began the Four Seasons series in 2003, and it led into the Calendar series, so I've put a bit of my life into these works! If anyone is interested in the calendar, they'll be available at my Open Studio, and at the "Time Warp... and Weft" exhibit. I'll also have a few for sale on my Etsy shop (link at right.) Or you can contact me (in the comments or on Facebook or Instagram.) 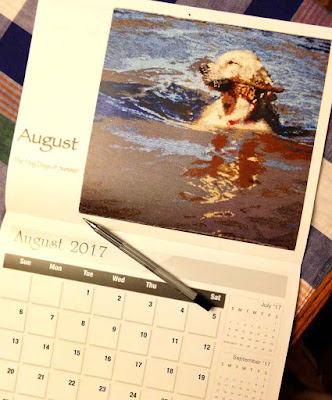 I have been doing small (about 4"x6") sketches almost daily. The half-hour it takes me to do one of these rejuvenates me, so I usually do one in the evening, when I'm too tired to do anything else. All of these, except the hummingbirds, are from photos people have posted on the Sktchy app, for artists to paint and sketch from. At first, I was not sure how I felt about that: it felt like folks were asking for 'free art,' and that artists were too lazy and uncreative to create from their own images. But, as I've been using the app more and more, I have come to enjoy and appreciate sketching from images that I have no personal ties to, and that don't have to please anyone but myself. It is a truly relaxing way to sketch, and, (dare I say it?) it is FUN! I find myself looking forward to my Sktchy time, and I somehow have accumulated 550 'followers' on the app! Sktchy has allowed some of the artists to have their original work (not prints) for sale, including me, so I have a few sketches offered on the link on the right. They are all watercolor and either ink or permanent marker. I seem to have developed a 'style' using those materials.

Anyway, here are some of my sketches from the past several weeks. I have accomplished a few other creative things, but I will post about those things in the next few days. 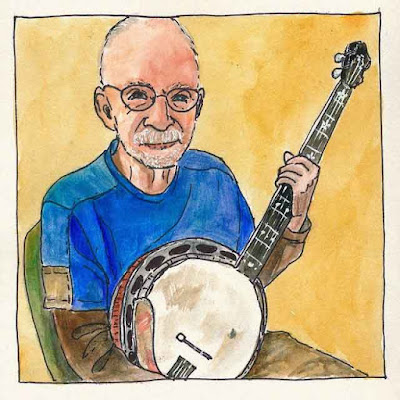 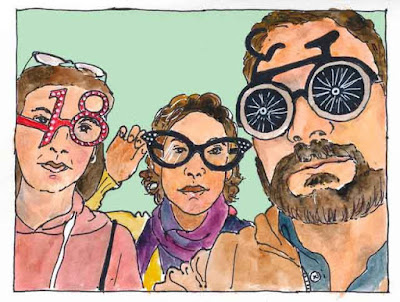 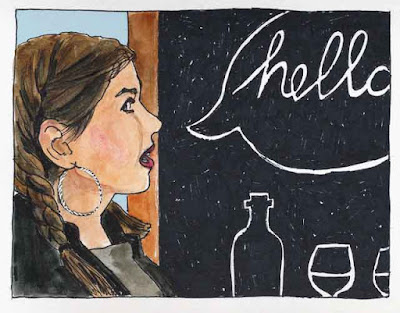 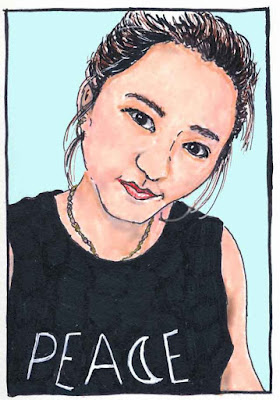 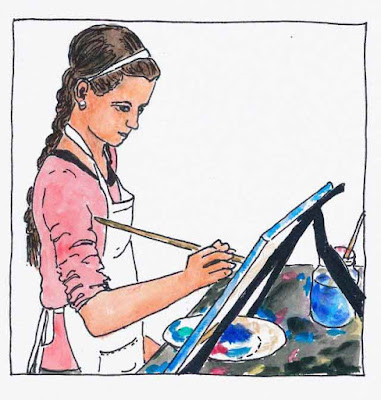 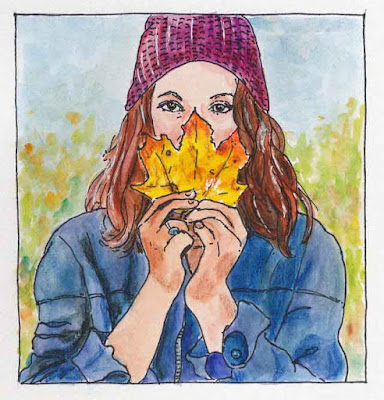 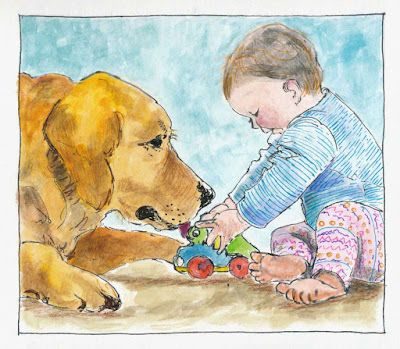 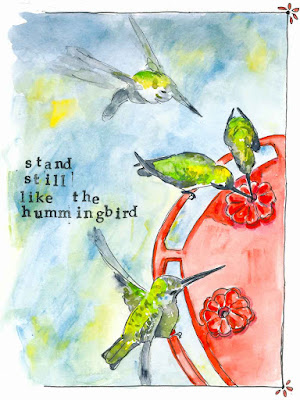