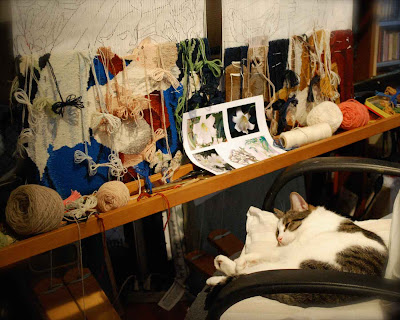 I am making some progress on the commission tapestries on the large loom. I won't show details for a bit, as I am working on faces; the baby's face, the woman's face, and the face of the deer. Faces are so important, as that is where the viewers eye will land first, so I weave a face, then assess it and make detail corrections by needle-weaving, if need be. So I'll just 'wait and see' on these three faces.

In the meantime, my morning task seems to be to reclaim my weaving chair from Gus, who perhaps is worn out from making his own critique of the work I've been doing. He is very diligent about keeping my chair warm while I do other things!
Posted by K Spoering at 9:26 AM 3 comments: 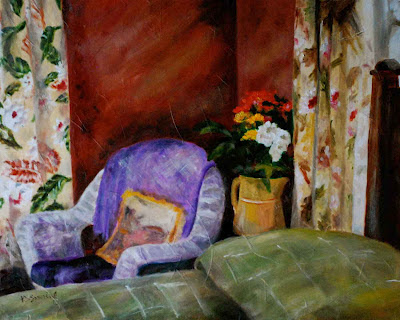 
This is the other painting that will be in the Glenwood Springs annual art exhibit. It is the largest juried exhibit in the state, and I almost always participate in it. The exhibit only takes paintings, so no tapestries, which is fine in this case, because the show is always so crowded, with both entries and viewers, I'm not sure a tapestry would survive the crush! I never know what to expect of this exhibit. Sometimes I do well (as in, the jurors like my work and award it accordingly, or the viewers like it and I sell something) and sometimes the work I send does nothing at all. So I never expect anything. I just paint it, frame it, and deliver it. Give birth to the idea, then send it out into the world.... It's on it's own from this point on.

These two paintings are now set aside to dry, and then I will frame them. NOW, I will get to the loom. I have about 13" to weave on the Nativity tapestries. I intend (barring unforeseen circumstances) to have them off the loom by the end of September.
Posted by K Spoering at 9:38 AM No comments:

Work is happening! My studio is thrilled.... 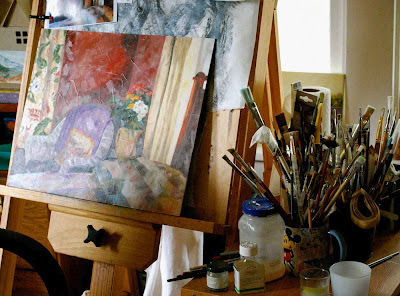 I am back in the studio today, hoping to finish another painting of an interior; this time an interior corner of my house. Quite a shift, to go from Napoleon's grand salon to a corner of my winter bedroom!

I am eager to get these paintings done, so that I can get to the loom, maybe even this afternoon! But, as I tell students, work generates more work, and as I have been painting, I think of more things I truly want to paint. The brush is loving the work again, too, and doesn't want to quit so soon. It is just good to be back in the studio, after a somewhat lengthy time away from my work. I will hopefully have another completed painting to share with you later today or tomorrow. These will both go to an exhibit in September. They must dry and be framed before that time. 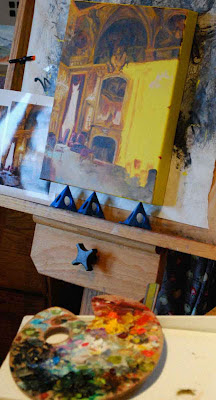 Yesterday, I spent a great deal of the day at the easel. I love paintings of interiors, and have wanted to attempt to paint the large living room, or 'le grande salon' that was part of Napoleon's apartment in the Louvre. 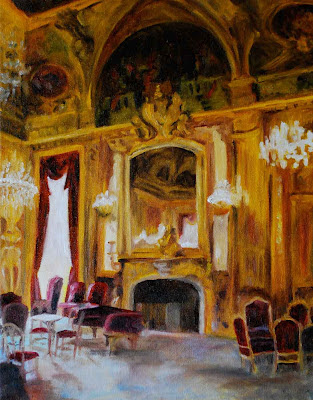 I love the excess of ornament, and wanted to try to capture it with a minimum of real painted detail. I also love the golds and reds, which I was not sure I could capture, but I am pretty happy with the color. I'm not sure that the painting is done-for-good, but it is done-for-now, at any rate. I will let it dry, then will reassess.

It is 11x14" in oil on canvas. It will be a hard one to frame, as all the gold will probably be a challenge! But I did enjoy the attempt, at any rate!
Posted by K Spoering at 4:32 PM 6 comments:

Sometimes the Olympics are not as we expect.... 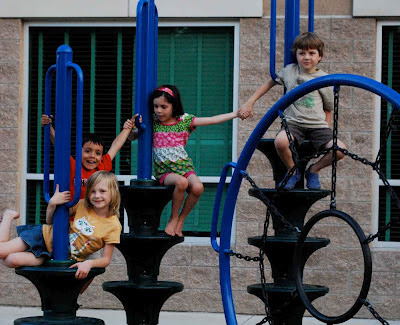 A few weeks ago, at the beginning of the Olympics, I posted that I was going to complete a small tapestry as I watched the games. Well, I did not get it done before the games were over. Sometimes that is the way it is with the Olympics: the one who was supposed to get gold doesn't medal at all, the one to get silver throws a giant unsportsmanlike  pout, and the one who gets bronze realizes he/she is the third best in all the world, and celebrates with teary smile for the whole world. 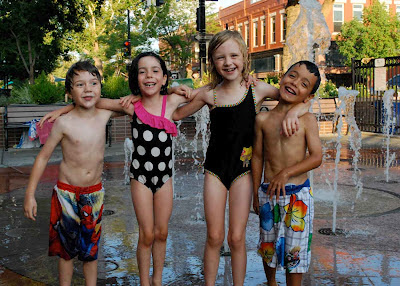 My Olympics include a bit more than a week with the gymnasts and swim team shown above. They were so busy and fun, that I missed a great deal of the 'real' games, preferring to try to keep up with the ones I was hosting. I even missed seeing all but one synchronized swimming broadcast, and that sport does fascinate me. I watched just enough with one grand-daughter for us to speculate on how they keep all that make-up on underwater.

So, my Olympic 'goal' went by the wayside as I chose to do better things.

That is often how it goes. I have been filling my roles as wife, mother, daughter, grandmother, housewife, and teacher for the past few months, and have lost control of my role as artist. There are many reasons why most successful female artists were unattached. But I would not want to sacrifice my attachments, even for my art. Now, I am in a position to be able to regain my artist identity. So I have today and yesterday turned my back on the dirty house and piles of laundry, my husband and I have eaten leftovers and hot dogs, and I have finished the small tapestry of incoming waves. It is not blocked, the ends are not trimmed, and it is not in any way 'finished', but it is off the loom. 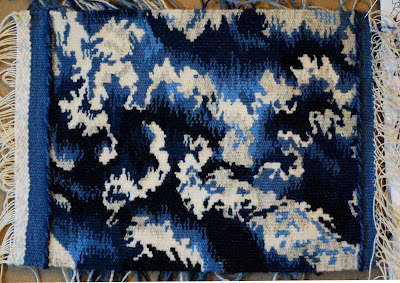 I am not sure if I consider it to be 'successful' or not, in depicting water. I will determine that later. I have other things in the studio that have been on hold that I need to attend to, before my other roles distract me again. I need to finish the tapestry commission that is on the loom, and I need to do a painting (possibly two) for an upcoming exhibit that I always participate in.

In the meantime, here are some images from our 'closing ceremonies,' including the last bit of the Olympic Flame, which we toasted marshmallows over. 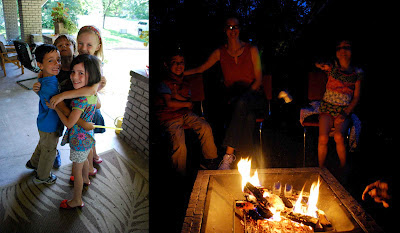 I do not sketch as much as I would like to. And when I do sketch, I do not often share them with others. Maybe that's why I don't sketch more. Maybe I need the encouragement of others to keep at it. Or maybe I don't do it more because I don't think my sketches are very 'good,' which I know is an awful thing to even think (let alone say) as sketches aren't meant to 'be good;' they are meant to capture a moment. Even 'bad' sketches can do that very well.

So, encouraged by Debbie Herd's blog post, I am sharing my Paris sketchbook with you. My sketches from Paris were done in a lovely hand-made accordion book that an artist friend made for me. She used the best 300 lb. watercolor paper in it, so it was a delight to paint in! I did sketches of places my son and I went, and some of the things that we saw on one side of the paper (top photo). On the other side, I sketched some of the things we ate and drank. The photos are a bit deceptive, because when you open it as a book, and not as an unfolded accordion, the front with the cup on it is the front of the food and drink sketch side, and the old Eiffel Tower postcard front is the front to the 'places and things' side of the book.

We did not really get much opportunity to shop in Paris, so this sketchbook is my main 'souvenir' of the trip. Travel is my most frequent reason to sketch. But I also would like to sketch more at home. Perhaps I should make myself another lovely accordion book. Because it was small, with basically just 6 'pages' on each side, it was not at all intimidating or overwhelming to fill. In fact, I found myself wishing for just a few more pages to do!
Posted by K Spoering at 11:34 AM 7 comments: 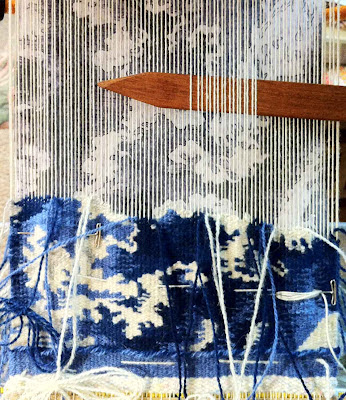 I am still weaving as I watch the Olympics, but I am glad some less intense events are on the horizon!  The swimming and gymnastic events of the past few nights have made for some slow weaving.
You may have looked at the previous post and wondered what on earth I am weaving, anyway! This small tapestry is a learning piece, as many of my small pieces are. 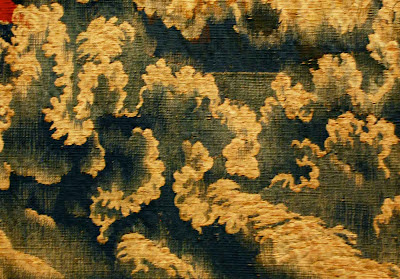 Some of you may remember the tapestry detail of waves that I took a photo of in the Louvre and posted here. I have cropped a bit of it out, and am using the blues from the many photos I have taken of the ocean, and I am trying to weave this bit of tide (above.) I am, of course, weaving it sideways, as the tapestry in the Louvre was woven. 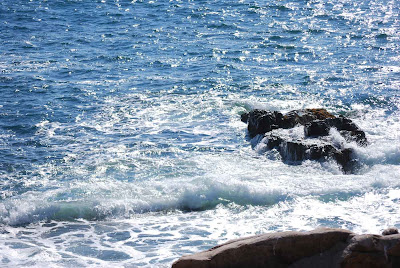 Living in the desert as I do, I have a real fascination, perhaps even a fixation, with water. This year's extreme drought has intensified that interest, I guess. I have attempted to weave water in several previous tapestries; in the August tapestry (which will be in ATB9) and also in the small "Milo's Duck" tapestry, which was a practice tapestry specifically to work on weaving water, as well.

So, I am working on water again; this time, trying to capture the movement of the tide. As I watched the divers last night, I couldn't help but wonder about weaving that lovely small splash as the diver's feet disappear into the pool. But for now, this is enough to focus on.

In the rest of my days, I am getting ready for several weeks of company. Next week I will have all four of my grandchildren here! So yesterday's task was to convert my studio from MY art space, to an art studio for the children. They will have access to pretty much everything but the loom and the tapestry yarns. The artist's berets and aprons are at the ready.... I hope my little studio can survive the creative energies of 3 very creative 6-year-olds and a super-artist 8-year-old!
Posted by K Spoering at 7:54 AM No comments: